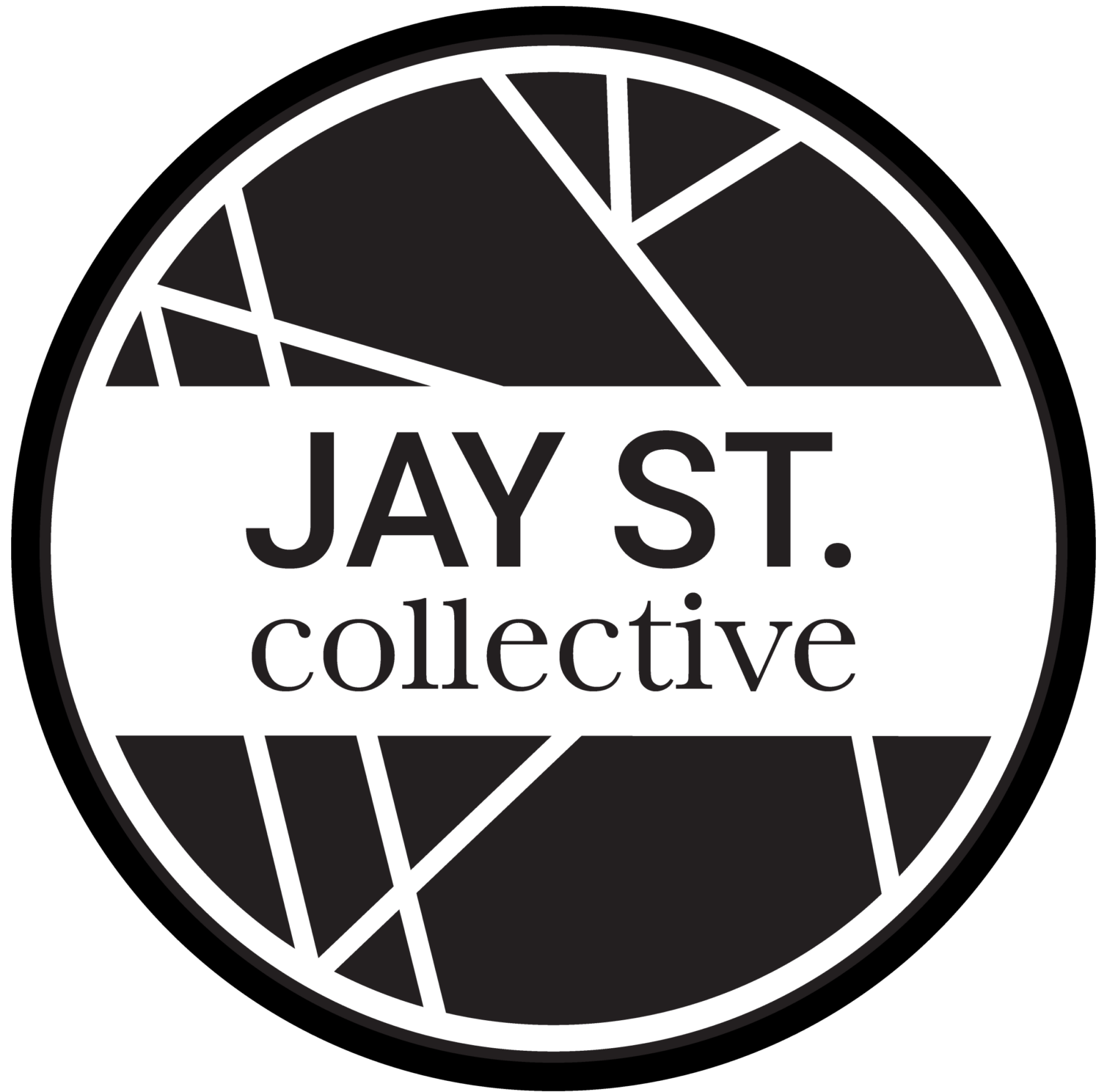 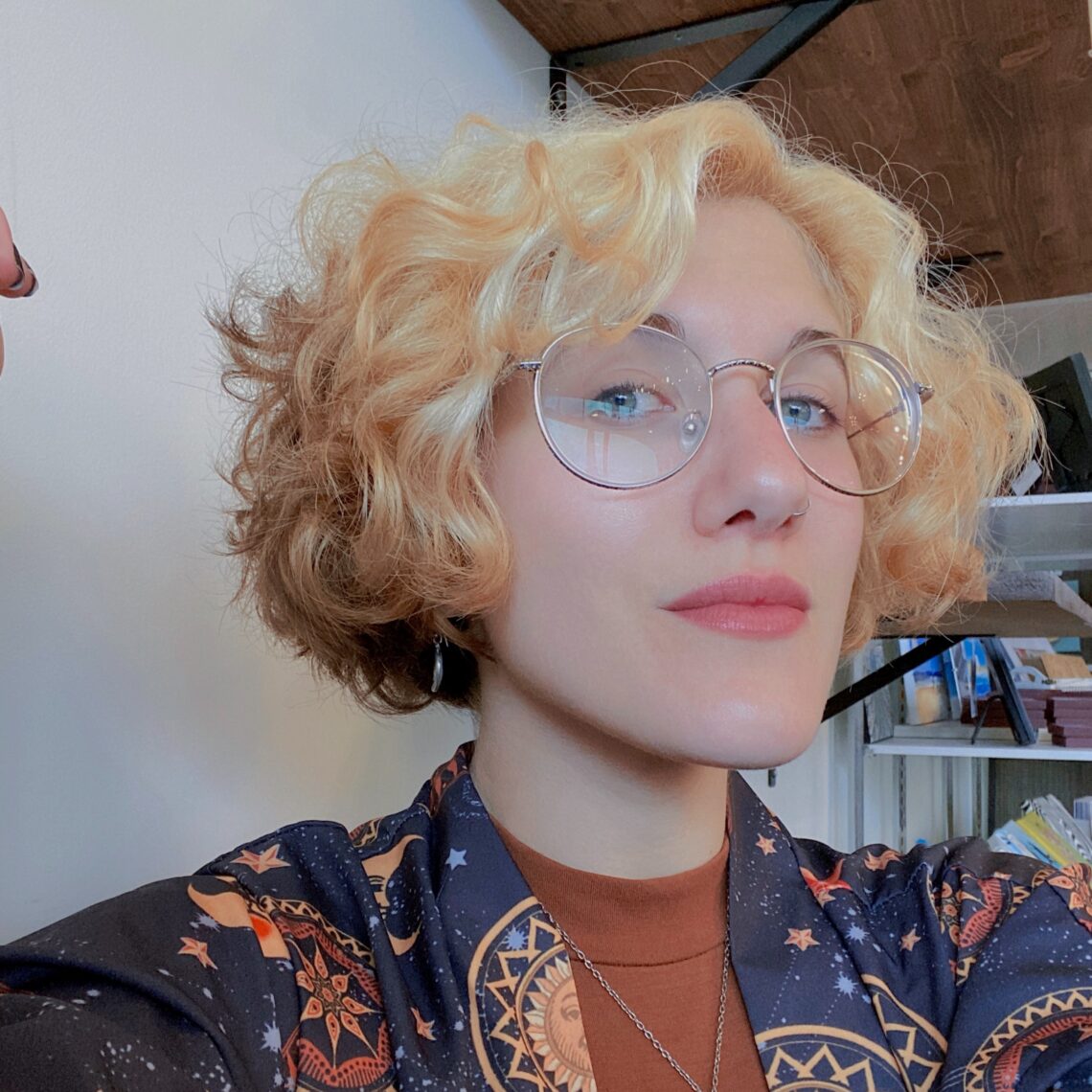 I sat down with Rory of RA Press. Black Bird Binding as she is preparing to leave The Collective at the end of this month. We talked about being a retail maker, the creative process, and what her next moves are.

Erin: When did you start your business?

Rory: Oh, gosh! My business officially started around like September of 2020.

Erin: Okay so right in the middle of COVID.

Rory: Yeah, in COVID. I sort of kind of started to get back into bookbinding because I made a book for a friend’s birthday and I realized how much I missed it. Then I started to make a bunch of books and I’m like, you know, this is probably something that people are looking for, honestly. I started to make my logo and build the brand first, then I made my Instagram and started to put feelers out. Hey, I’m here if you want this, and surprisingly a lot of people ended up ordering a few books for me. I ended up doing a few restoration projects as well. I got to restore a very old Bible, which was fun.

Erin: Oh, wow. That’s really cool. So it was kind of like you were inspired to do this, then you notice a hole in the market and you’re like, hey, nobody else is doing this. I might as well jump on it.

Erin: Cool. I was gonna ask what brought you to your current medium, but it was something you have history with?

Rory: Yeah. During my undergrad, I was in the graphic design program. One of the classes was a class called printed books and it was split into two different classes. One class taught you how to properly typeset a book, like in a document and print it out properly. The other class taught you how to make them. I think I took that in 2016. I remember spending hours in the bookbinding room making all these nonsense blank books and I would give them to friends and keep them in my hoard. I got to have fun with metallic letter pressing and stuff like that. So yeah, that became a little passion hobby of mine after I took the class.

Erin: What do you feel inspires you and this isn’t just within the realm of bookbinding, but in general?

Rory: Honestly, it’s very, very old things that inspire me—like Renaissance things. Whenever I’m making a book, I feel like I’m in a little shop in the old times—medieval times with all these tools and stuff. Other bookbinders also inspire. There’s a person, I am blanking on their name, I apologize but they are based in Troy and they are very talented. I take inspiration from people who also have passion for this craft.

Erin: You’d mentioned how it almost creates its own ambiance beyond just doing this creative practice. So it’s almost like a cos play of sorts.

Rory: Yeah, I’m hunched over my desk, my glasses are like sitting at the bridge of my nose and I have like a little exacto knife in a bone folder where I’m just working with my hands. Anything where I can work with my hands—I love doing it.

Erin: What do you want people to know about your creative process?

Rory: Gosh, I mess up a lot. You see my books and like oh, they’re so pretty. I’m like thank you, I cut out that one piece 5 million times. I cut myself a lot on my exacto knife. Even though I’ve been doing it for as many years as I have, I still mess up a lot. One of the most difficult things about it is getting the board that you have to build a bunch and decorate—getting those to be the exact same size. Even if one of them is just slightly tilted the whole thing’s gonna be off and you have to start all over. I’ve gone through a lot of board.

Erin: And that’s a line you won’t cross? No tilty books?

Erin: That’s impressive! How long does it take to bind a book?

Rory: If I’m in the zone, from cutting out the board to measuring the paper, gluing everything together and getting the text block in there—making one could take like 45 minutes for me.

Erin: How long does it have to sit?

Rory: I usually press in stages. Before I put the text block in I have to have the cover flat. I put a few things on top of that and press down to make sure it doesn’t bow. Sometimes if the temperature wherever you’re working is weird the book board bends up and then you’ve got a wonky cover. So, I press that first and then I let that sit for maybe an hour or two. Then after that I’ll quickly put the text block in and glue all that together. I usually let them sit overnight just to make sure. PVA glue itself takes maybe an hour or two to dry but to make sure that it’s glued, it’s dried, and that with the textbook inside it won’t bend, I let it press overnight.

Erin: That’s a process! Just to pivot a little bit, what got you interested in this coop retail model? This very specific model of retail. You know, the consistent drudgery of making inventory to sell?

Rory: What drew me to it first was the sense of community honestly. Everybody around me is in the same boat. They make everything they sell and I enjoyed being part of something where we all support each other—where it’s like, hey, if you need anything I’m here. It’s very tight knit and nice and as far as throwing myself into the realm of constantly making things and keeping up with my social media and stuff. It’s fun. I think it’s very fun. You know, I had a lot of time for it, which was nice. But ever since I started going back to school, I was like, Okay, this is a little difficult.

Erin: Yeah, I think that’s a common theme. Everybody’s kind of going through the same thing. It’s one thing to sell things and keep up on social media, but when you’re making something, especially something that’s labor intensive, where is the time coming from?

Rory: Yup. I have to make time for it and it usually ended up resulting in long nights.

Erin: Long, late nights! What have you learned about yourself/your business while you’ve been vending in this medium?

Rory: I learned that when I put in the time and the effort I can actually run a pretty good business. It’s nice to know that I ended up doing rather well here. I’m not going to say it’s surprising because I don’t want to put myself down but it was. It made me feel like if I wanted to just drop everything and make this into a full time gig, I probably could do that.

Erin: Oh, yeah. You had some solid numbers—especially when you were getting that turnover and getting new products in.

Rory: I have to say I definitely realized I really liked that too. You know, I love that hustle.

Erin: You know, when you can do it, right?

Erin: What advice would you give to somebody who is interested in this model?

Rory: You’re going to get discouraged and that’s okay. It is fine. It is totally fine. You will have days where you’re like, I don’t think I can do this but it’s something you’re passionate about. You can do it. And it’s hard to keep up but the outcome is what’s worth it. You may lose a little bit of the fun making what you’re making, but when somebody wants to purchase it—it puts a smile on their face. They love it. It makes them happy. That’s kind of the payout for me.

Erin: I always like to think of it as a mutual feeling seen right. When somebody sees a product that I’ve made that makes them feel like somebody knows who they are and then when they buy it, I feel like someone knows who I am. Like that.

Rory: Yeah, and also just do it.

Erin: I feel the same way. This definitely isn’t for everyone. Like you said, the time in your life or different things coming into your life can change whether it makes sense for you or not. It’s not even just does your business fit in this? It’s also does your life fit in this?

Erin: But I agree. Totally go for it. It’s a wild ride.

Erin: What are your next moves and what is the best way for people to keep track of what you’re doing and what you’re up to?

Rory: I won’t be a vendor anymore but my business is still around. I currently still have a few projects that I’m working on now. I do have an Instagram that I will keep running. Email would be the best way to reach me which will be plastered all over my social media. So yes, I will still be around but I won’t necessarily be a full blown business anymore—a little side thing.

Erin: Will you selling what you have or will you be doing custom work?

Rory: I will still definitely take custom work. I think that’s what I will mainly focus on now. Finding the time to just pump out several books randomly is hard to do nowadays. I will stick to just custom things.

Erin: Where do you see yourself/your business in five years from now?

Rory: Oh, gosh, honestly, I’m not too sure with my business, per se. I may not have in five years. I may not have social media for anymore, but I may still, if somebody asks me to make something for them, I will probably say yes.

Erin: So this is kind of like a chapter that’s slowly folding over?

Erin: Do you want to tell everybody what you’re moving on to?

Rory: Sure. Currently I’m in grad school getting my master’s in visual development. What I want to do with that is I want to be an environment designer, or matte painter for movies, TV shows, video games—whatever comes up. So I want to be a background designer basically.

Erin: So those gorgeous landscapes and tableaus that you notice when they’re done really well. That’s the mark that you want to make?

Rory: Pretty much or if you’re watching a TV show, and the characters are standing in an area and you can tell that what’s behind them was maybe drawn or digitally painted.

Erin: Wow, that’s really exciting. I have to say I very much enjoyed your time here. You’ve always been so enthusiastic and like you mentioned very, very into what I feel is the vibe here. To me that’s what this is all about. I mean, yeah, we’re all trying to make money but it’s really about, what is it like to be like a living artist—a professional artist and what do you need for that. I think community is such an important part of that. I just feel like from day one, you’ve gotten that. You’re always like, what are we doing,  ready to volunteer for an event and just super jazzed about what everybody is doing. Obviously we’re very sad to see you leave but very excited about your next moves and the beautiful worlds you’ll be creating in the digital realm.

Rory: I do a little bit of personal work, but to do it for a big company who puts out wonderful shows and things—that just would be cool. You know?

Erin: It’d be cool turning on the TV or streaming and seeing your work.

Rory: Yes. That’s one of the goals.

We can’t wait to see Rory’s name in the credits behind some gorgeously rendered backgrounds!

You can keep in the loop with her on Instagram @blackbirdbinding .